Last year during the Spring, my eyes were feeling tired and my allergies were bugging me, so I took a cucumber out of the fridge and cut some up and placed them on my eyes.  Captain Fussybuckets asked what I was doing, so I told him I was playing Spa.  Well, of course he wanted to get in on it, so I let him have some cucumber slices for his eyes, too.  Of course I took a picture of him having his "Spa Time."  Well, he sees that picture from time to time and has said he really wants to play "Spa" again.  Today he brought it up again and I said we could play, but we didn't have any cucumbers.  I laughed and said we could use some yellow squash and he agreed!  So, this is a "Squash Spa Time" with Captain Fussybuckets and Baby D, who of COURSE had to try anything Brother was trying! 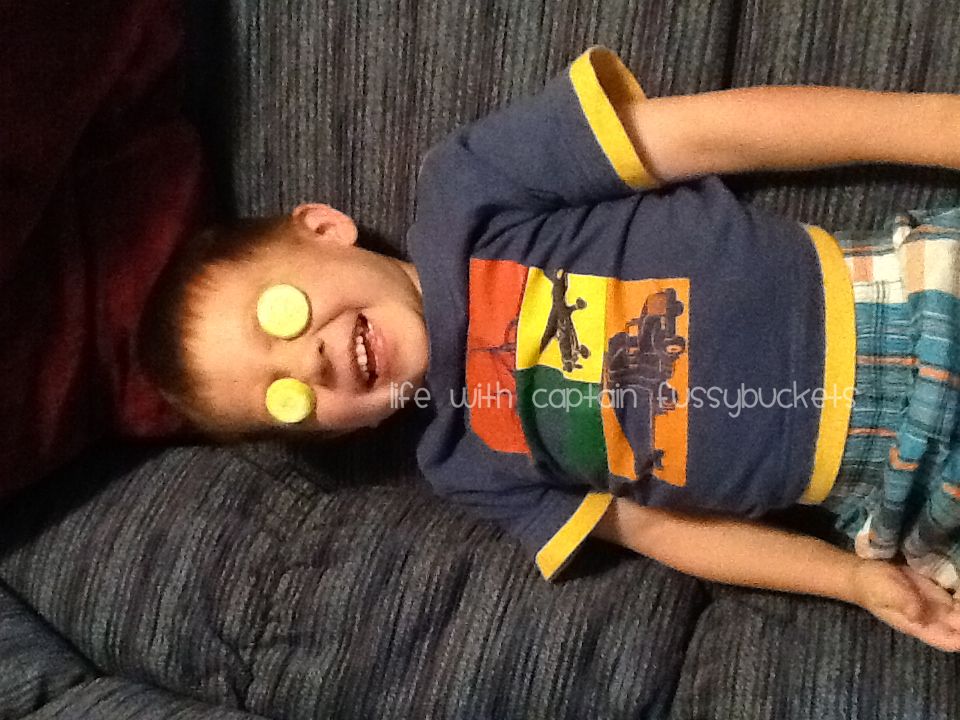 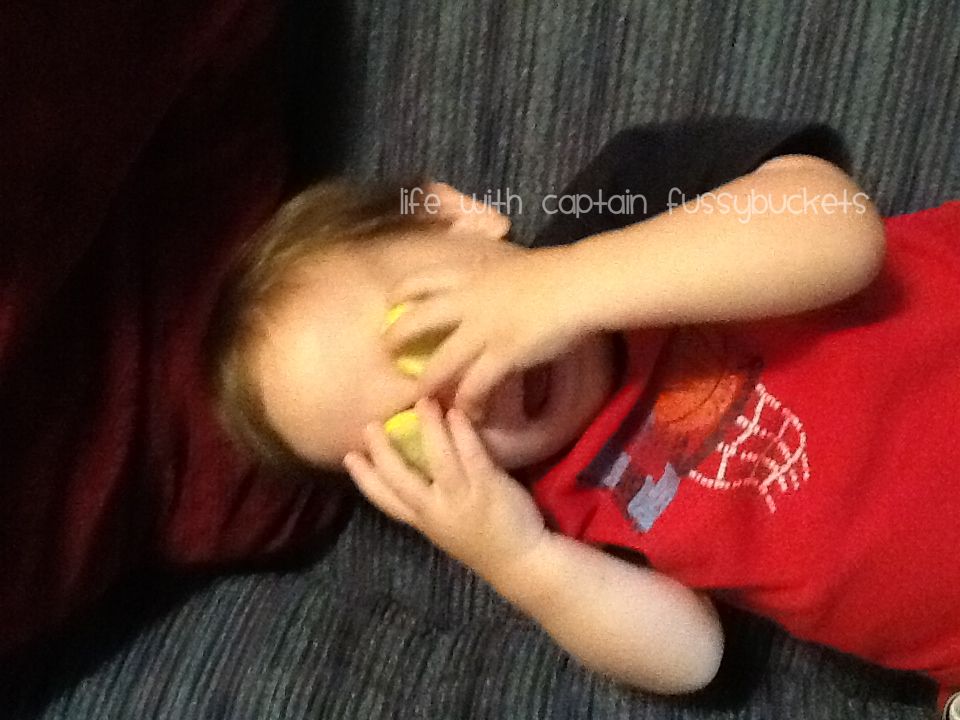 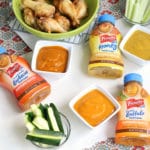