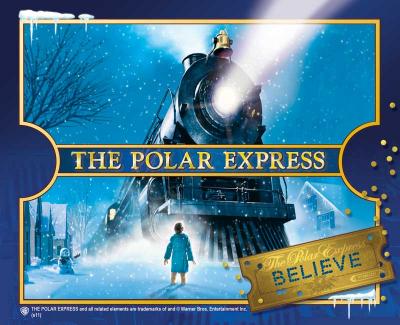 I received four tickets at no cost by participating in this program through US Family Guide.  All opinions expressed are all mine. Contains affiliate links.

We were able to travel on the "Polar Express" on the Texas State Railroad.  The boys hadn't watched the movie, so they didn't really know what it was about when we told them.  They just knew they were going to get to ride on a train, which was enough to get them both very excited because they LOVE trains.  I explained to them that the kids on the Polar Express wear their pajamas and get special treats and then we would travel to see Santa.

Well, there was some miscommunication between me and my GPS man, also know as my husband.  The Polar Express leaves from Palestine, which is about 2 hours away from us.  I missed the part that you should arrive about 30 minutes early so you can get your tickets and wait for the train.  Well, right after we left for the 5:15 departure, we realized we wouldn't make it in time.  I called the Texas State Railroad in Palestine and they graciously changed our tickets to 6:45.  I do NOT recommend this because the nice lady on the phone said they do sell out a lot so…just don't chance it!  Anyway, we went on our way and that allowed us some time to grab something to eat at the train station.  I will tell you, the food is like that at the fair.  We paid $5 for a hamburger that wasn't very good.  It was great to have that option, but I wouldn't go there just to eat.  They also have corn dogs, popcorn, etc.

Arriving there early also allowed the boys to stretch their legs.  They were playing Christmas music at the train station and the boys spent about 15 minutes dancing to it while we waited for the train: 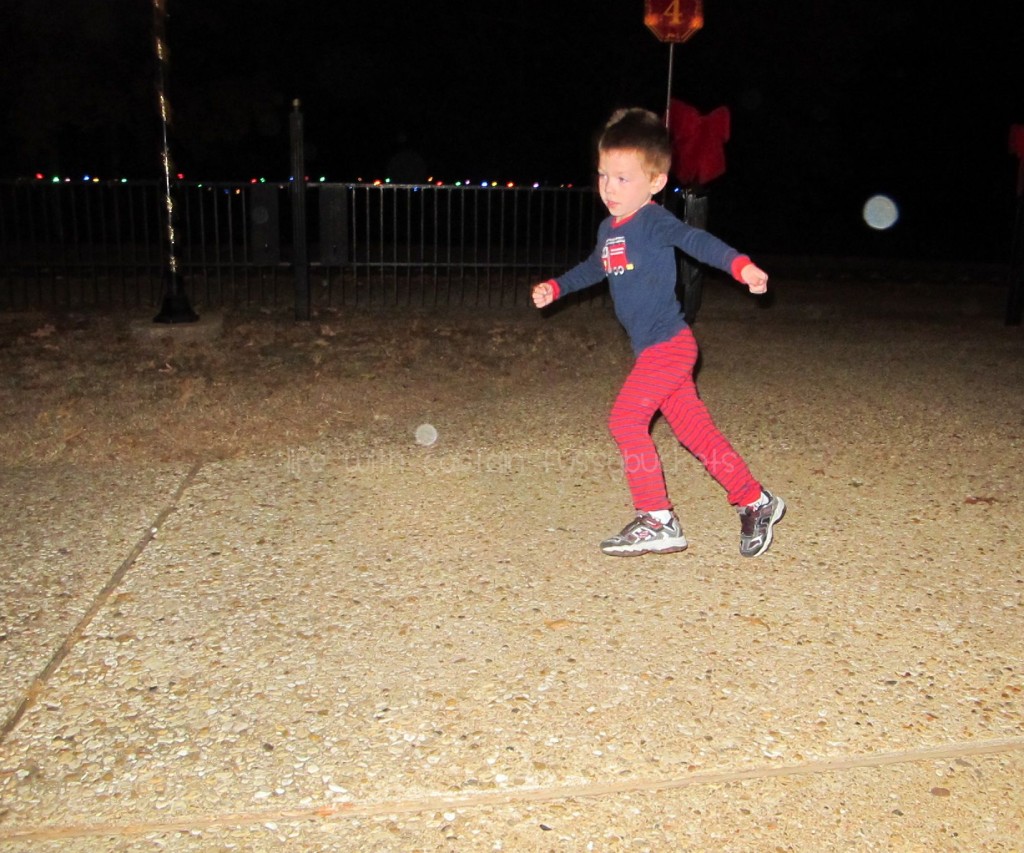 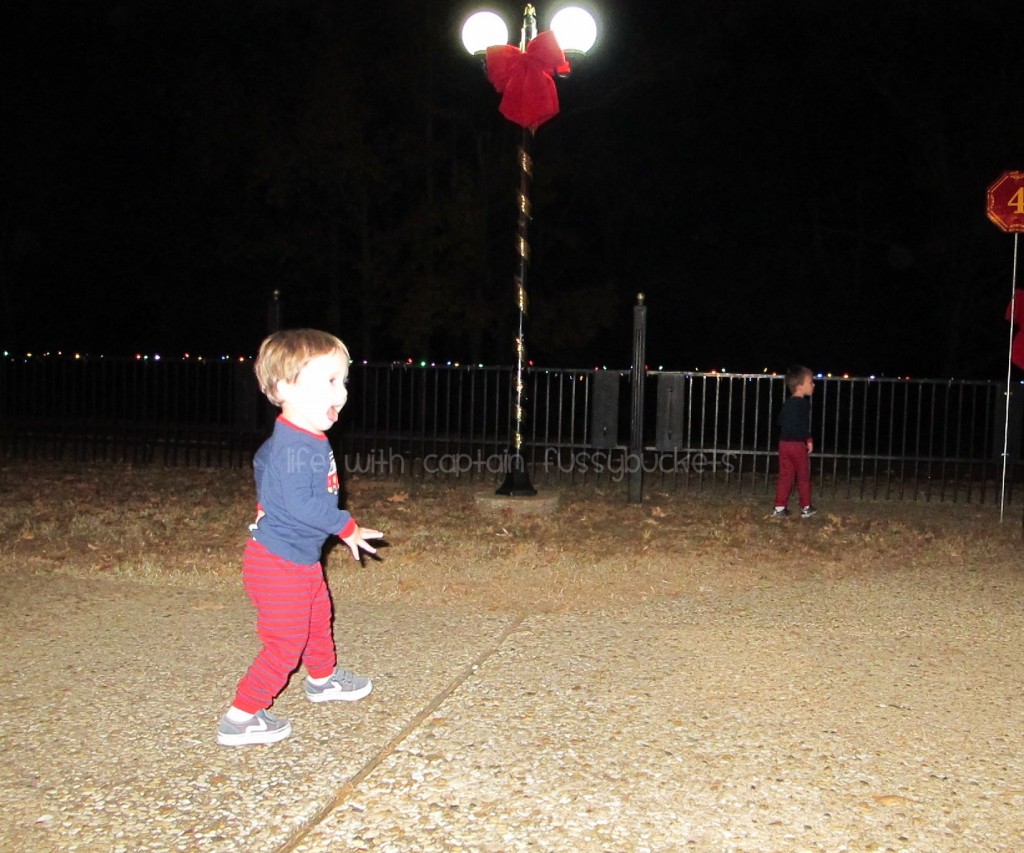 Then…the train arrived!  The boys were SO excited because this was the closest they had ever been to a train! 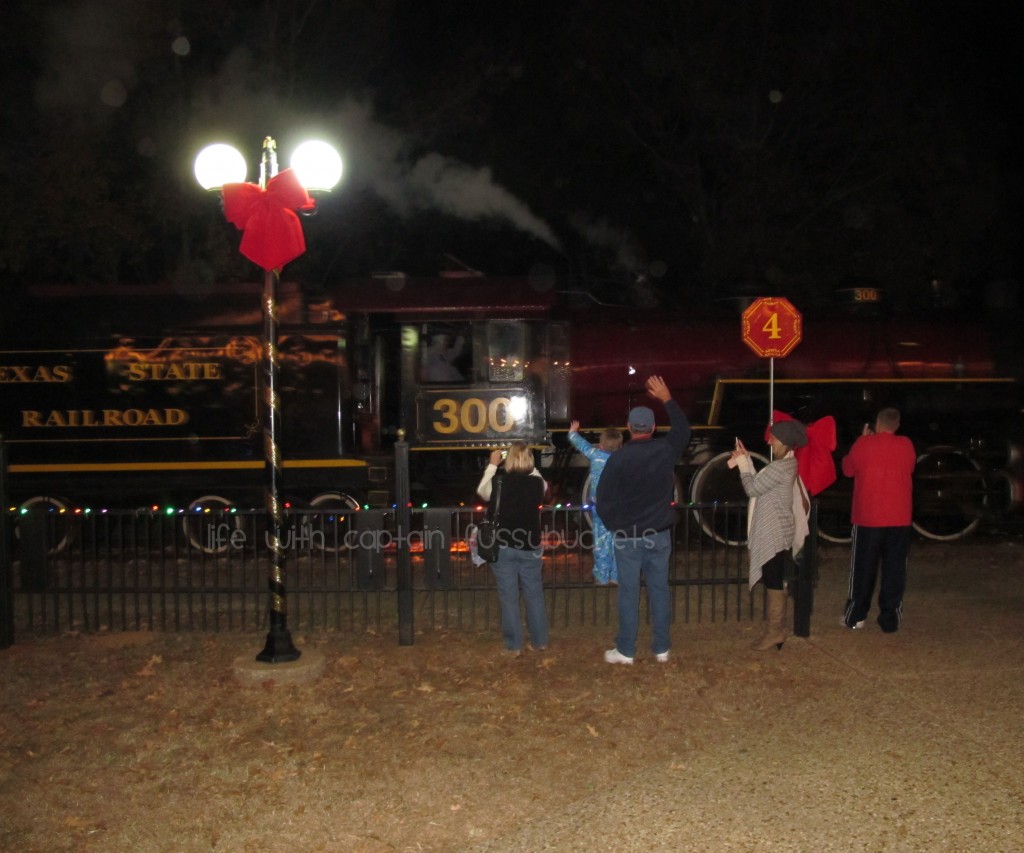 We waited while the previous train riders exited the train and within 15 minutes, we were able to board the train and find a seat in our car!  The dancing and singing chefs were a hit! 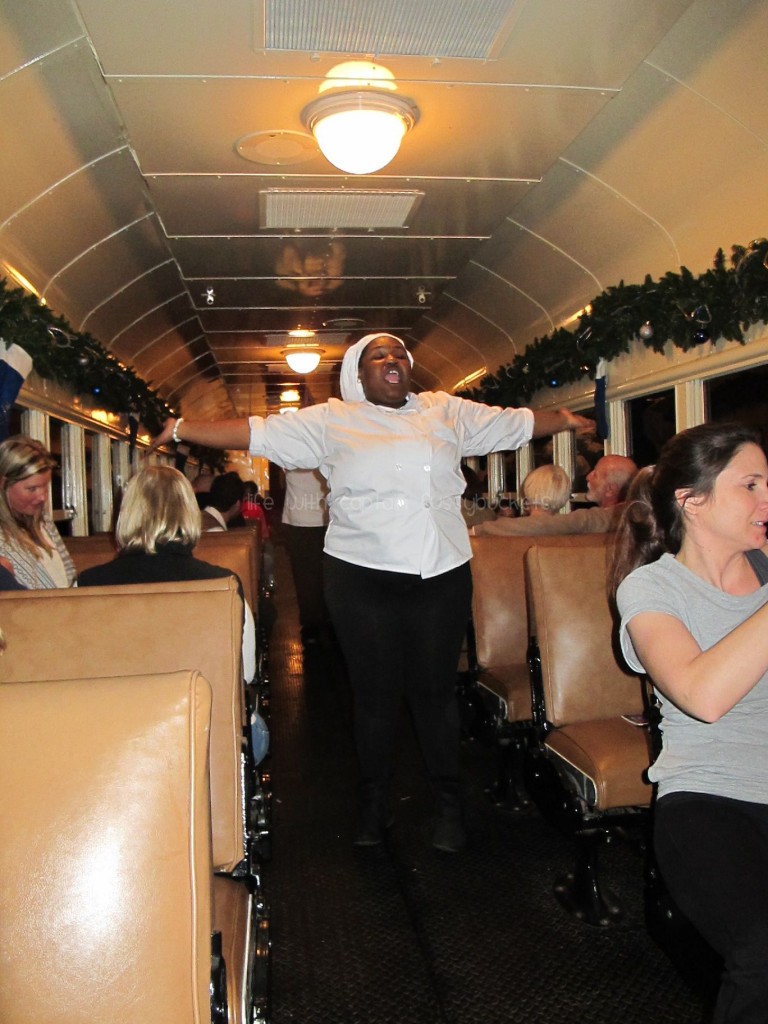 We sang Christmas songs and the chefs delivered fresh cookies and hot chocolate to every passenger!  The boys loved the cookies.  The hot chocolate was perfect – wasn't filled too full and had a lid to prevent spillage.  The boys weren't into the hot chocolate at all though, but, that just meant more for us!  But they sure did enjoy the cookies, which I believe were Snickerdoodles. 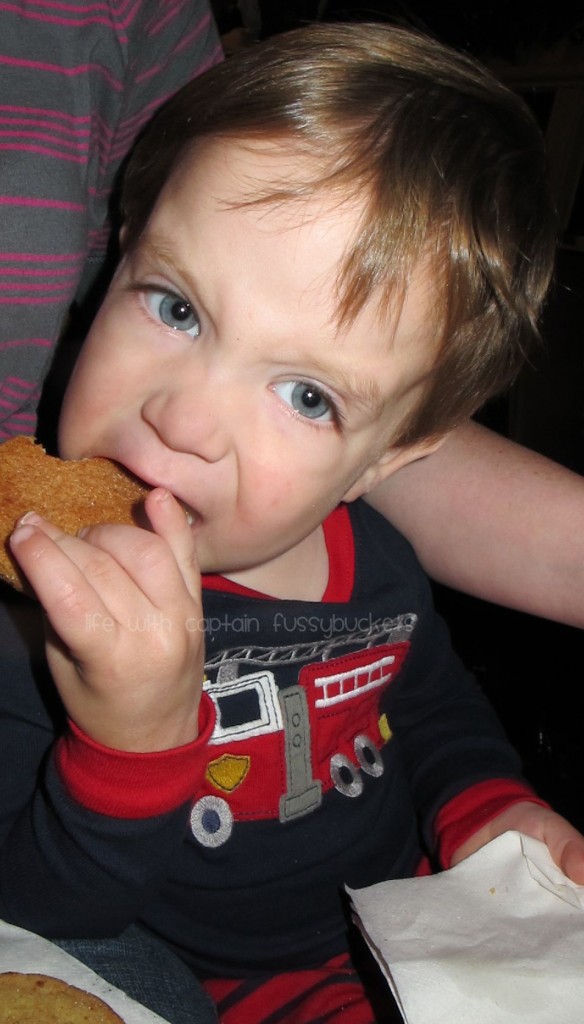 We loved this chef.  She was very animated and showed the pictures as a recorded reading of "The Polar Express" played over the speakers.  It was a little loud and my boys weren't paying much attention to the book, but she was very good at talking to them and explaining things when she walked by! 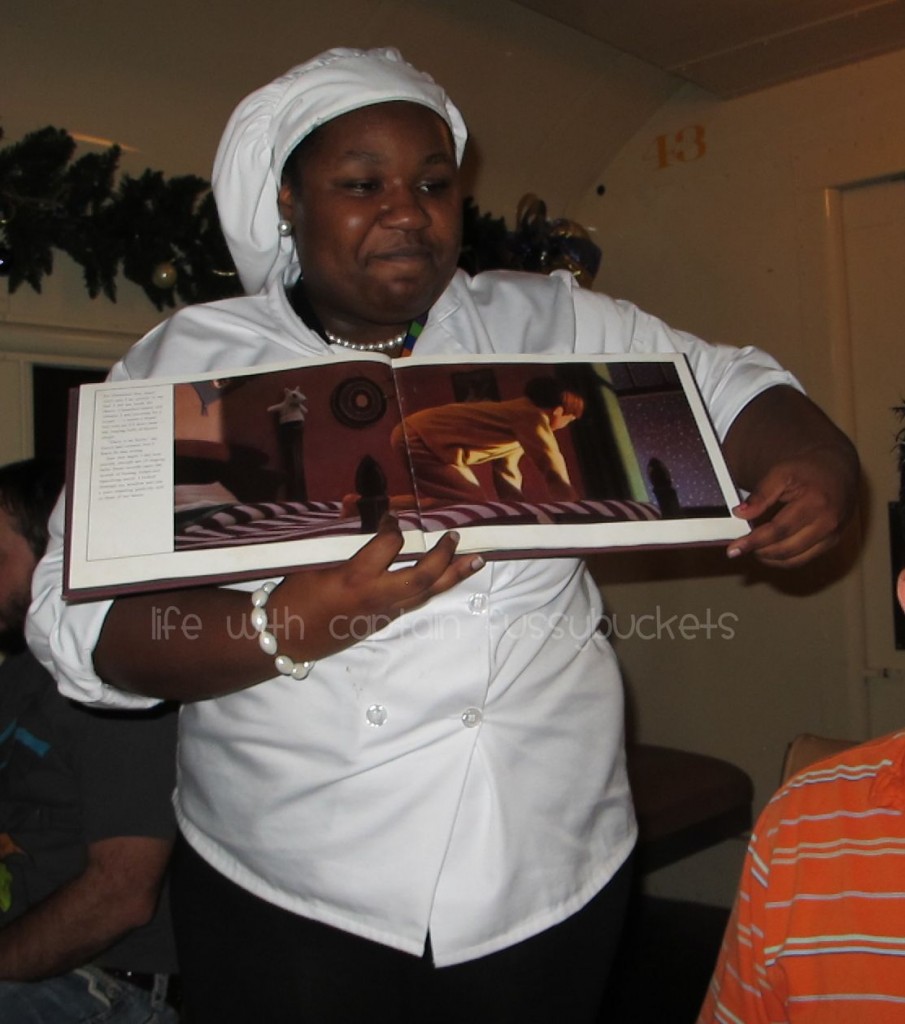 After the story was over, we approached a beautiful light display out the window.  And then saw some elves and Santa: 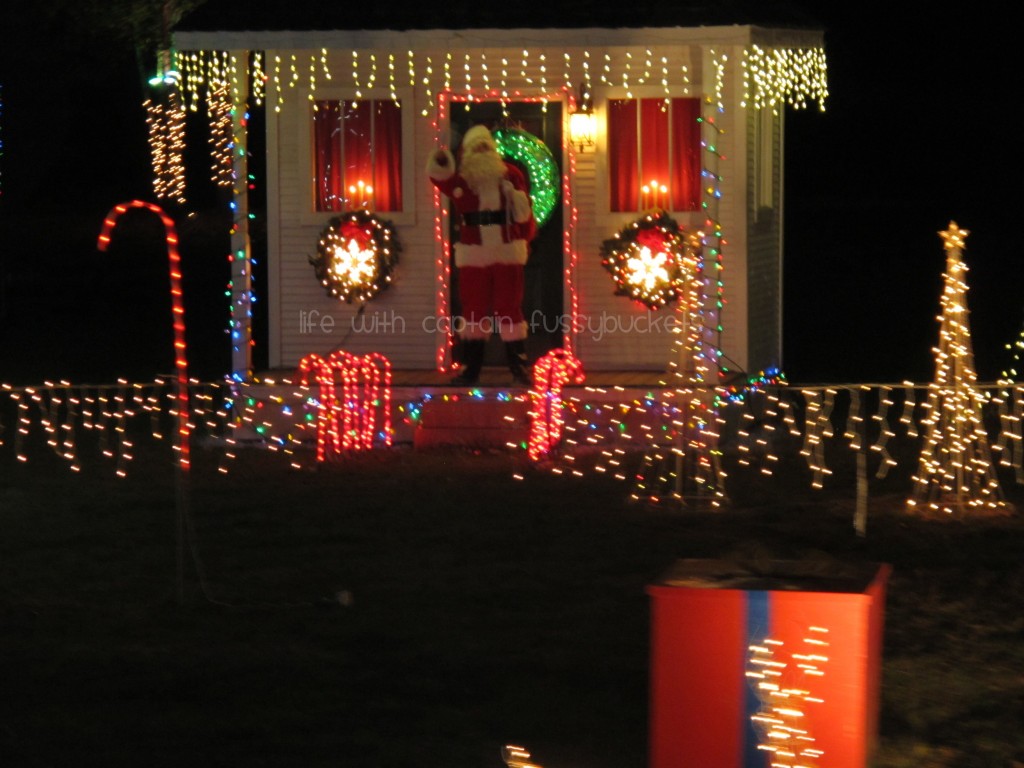 Then the train stopped and Santa and the elves came on the train.  He greeted every child and gave them a beautiful silver bell. 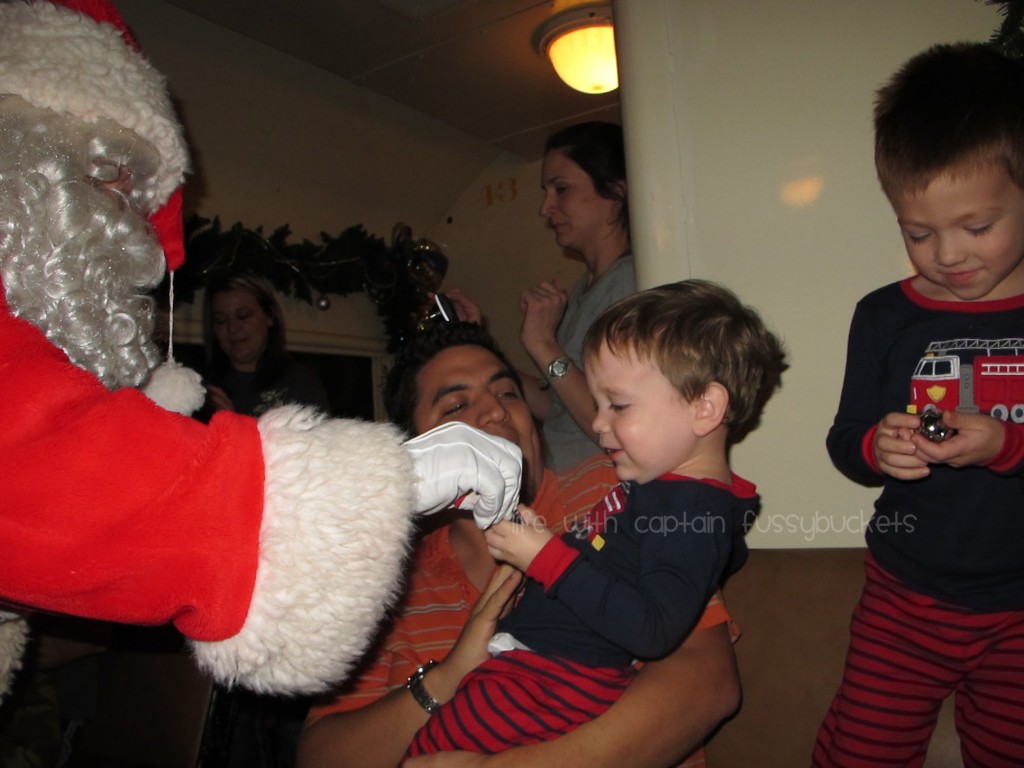 The boys loved their bells!  Baby D was a bit scared of Santa until he found out he had something to give him.  🙂  After that, we went back to the train station and sand Christmas songs on the ride back. 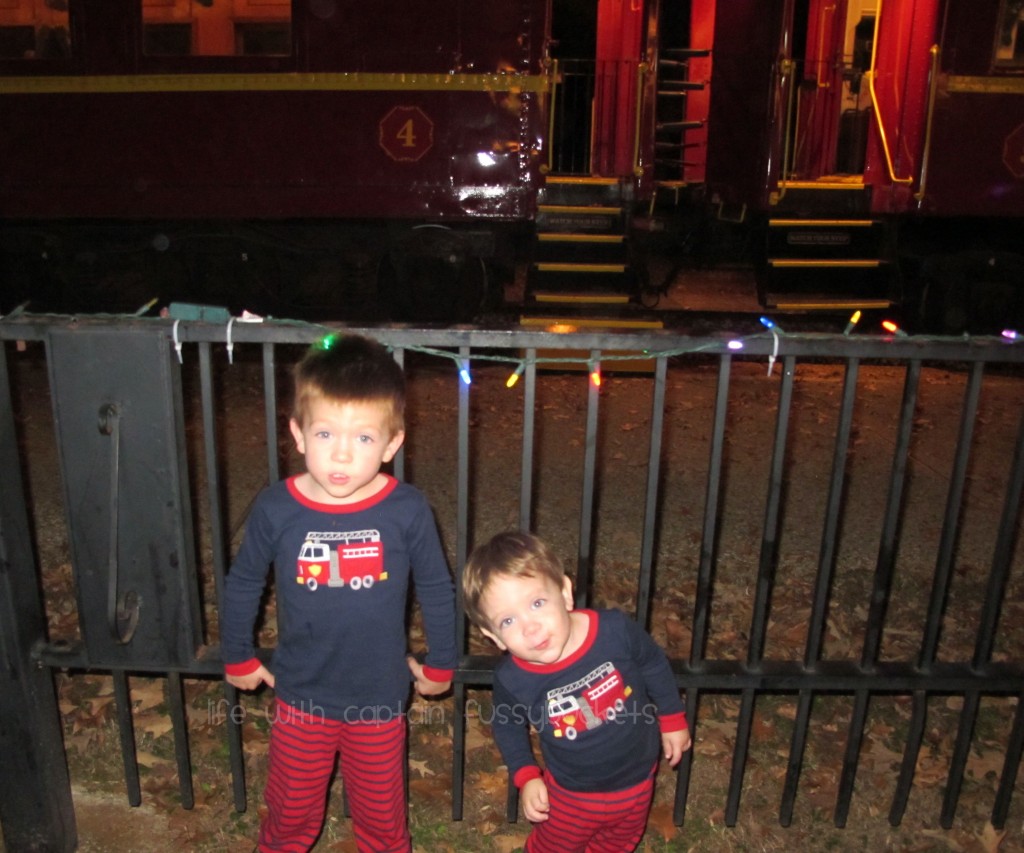 We had a great time riding the Polar Express!  I think it was a great experience for us.  The boys would have enjoyed riding the train more if they could see out the window, as it was dark outside, but I guess that's the point for the whole mystery behind travelling to the "North Pole" to see Santa.  My boys just weren't into the Santa part as much as they were into just riding the train.  Everyone was very friendly and they really catered to the kids.

We received four free coach tickets to promote and review the Polar Express.  If I had the choice to take my kids next year, I'd honestly have to say that we would opt out unless there was a special discount.  For all four of us to travel, it would cost $120.  I know that it must cost a lot to operate the train and then there's the cookies, hot chocolate, and bells for the kids, but the whole experience is less than an hour and I know that I would have been disappointed if I had spent $120.  There are other seating options available that would make it more enjoyable.  And if your child is older and REALLY into Santa or "The Polar Express," it would be worth it, but I just want to share my opinion in case your family has a tight budget.  I think we will go for more train rides with the Texas State Railroad, however! 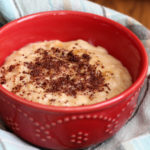 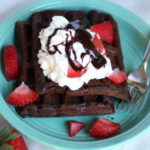