The Captain has a love for music and a love for musical instruments.  I have lost count of how many instruments he has, but he loves them all and could probably tell you all about each and everyone one.  Most of them are toys, but some are real.  For Christmas this year, he got a child-sized accordion and a set of real bongos.  He also got this super awesome didgeridoo that was MADE by his aunt.  She is a music lover, too, and she spent hours on this thing.

(If you're wondering what a didgeridoo is, it's a wind instrument developed by Indigenous Australians.  Anthony from The Wiggles played one in the concert we attended this summer!) Anyway, so he loves his instruments and while they are highly annoying at times, he is actually getting pretty good at some of them.  I think he's most talented on the bongos, which is what he was playing yesterday when this story took place.  He likes to give us all instruments to play "together" so we can all be in a band.  Well, Baby D is 2 and while he's very musically inclined, I'm afraid he doesn't have the deep musical love that his older brother has.  Plus, he's 2.  So while they were playing in their "band," the Captain got mad and said "You are NOT playing MUSIC!" and snatched the drum away from him.  Baby D didn't care, he just went on his merry way.  Well, about 20 minutes later, the Captain said to Daddy "I shouldn't have said that to D.  I need to go tell him I'm sorry."

Jaws dropped.  Something clicked.  I rejoiced!  My child is sweet but he's got a mean streak that runs deep.  This child who struggles with a temper (thanks to me, I'm sure) and blurts out whatever is on his mind has finally realized that his words could've hurt his brother and he needed to make it right and go apologize.  My heart melted as he went and said he was sorry and hugged his little brother.  And sweet Baby D just said "Tay" and hugged him back. 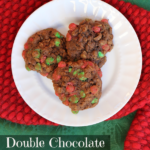