Happy Earth Day!  I hope that you are finding ways to celebrate today, whether you're planting a garden or recycling or entering some of the awesome Earth Day giveaways (like the Hidden Recycler giveaway!)  Target has released some pretty awesome coupons and some are in conjunction with sale prices on various Earth friendly products.  Target is trying to carry Earth friendly, organic, and also safe, quality body products and more, but please read the labels and do your own research.  A product labeled "natural" or "simple" is not necessarily a good choice.  Just keep that in mind!  Check out the awesome Target coupons and have a great Earth Day!

The other day I went to Target with my Mom and Baby D.  The hubby had taken Captain Fussybuckets to a football game, so I was going to go snag some stuff for his upcoming bday.  After I found some super cute jeans with adjustable waistbands and a cute t-shirt for him to wear to his birthday party, I ventured over to the food section.  Our favorite pasta was on sale for about 50 cents off.  Barilla PLUS:
We love this stuff because it doesn’t taste whole-wheat-y and it has fiber, protein, & Omega-3s.  I admittedly don’t splurge on a lot of name brand stuff, especially without a coupon, but for Barilla PLUS, I do.
So all Target had was penne, elbows, and the three types of spaghetti.  I think I grabbed a box of elbows, because Captain Fussybuckets loves mac & cheese, and a box of thin spaghetti.  I found my mom and we went to check out.
Well, the smart Target coupon spitter outer thingy knew JUST the right coupon (based on my two boxes of Barilla purchase, no doubt) to make me think I needed more.  Out came a coupon for $1.50 off of THREE boxes of Barilla pasta.  Well, since they were already on sale for 50 cents off, that would make each box a DOLLAR off!  SCORE!  I went back to the food section and grabbed three more boxes.  I stood in line for ten minutes (seriously!  Why does that always happen??) and bought my three boxes of Barilla…on sale…with my Target coupon.  Yes!
But then, it happened.  As I grabbed my receipt, the cashier handed me this….
NOOOOOOOOOOO!  Ugh.  I wasn’t going to be sucked into this little game another time, so I grabbed my purchases and Baby D and we got out of there!
So now I have five boxes of Barilla PLUS pasta in my pantry.  My husband was proud of my deal, but annoyed with the clutter.
But the coupon doesn’t expire until 12-8, so maybe Barilla PLUS will go on sale again???  :oP
Oh, and Barilla nor Target paid me a thing for writing this. 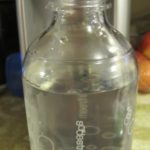 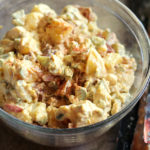 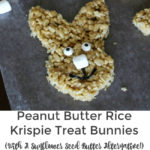