Captain Fussybuckets has had eczema and skin issues since he was 2 months old.  Of course, he comes by it naturally, because both Daddy and Mommy have skin issues, too.  But we just don't know what to do to help him anymore.

We've tried the prescription steroid creams and they clear it up, for a few days, but I just want something better as a preventative.  We've tried covering him in heavy "therapeutic moisturizing cream" that leaves grease stains on everything he touches.  We've tried cutting some things from his diet that we thought were the culprit:  strawberries, dairy, coconuts, tree nuts (he is allergic to some tree nuts because he has broken out in hives after eating them.)   By the way, did you know that a coconut is classified as a tree nut?

Anyway, back to the point.  His skin issues come up randomly and seemingly without cause.  We've got to do something though.  At least twice a month, he is screaming, with tears running down his face, that his legs hurt.  It's some sort of reaction and it goes beyond eczema.

He's on a prescription allergy medicine that seems to help sometimes.  I wash his clothes in free and clear detergent and do an extra rinse, just to make sure.  I just.don't.know.

My friend, Krystal shared with me a suggestion to add apple cider vinegar to his bath  because some believe that eczema is a fungal issue.  Well, I tried that and the next day, CF's bottom was softer than it had been since he was a baby!  His skin was smooth and clearing up.  Baby D's skin was also better (he has small eczema patches, too).  I was thrilled.  But, that was a couple of weeks ago, and two nights ago, Fussybuckets had another screaming, crying, painful leg episode.  :o(  It was after I lathered him up in the heavy cream.  Which has some random alcohol in it.  Seriously, what in the world, people??? It usually isn't a problem, but he had a rash break out on his legs, like it always does, and he proceeded to scratch it until it bled, which he always does.  I must remember NOT to apply said lotion (or any lotion, for that matter) to his body when he's been scratching.  He had to have a bath to wash it all off.

But now what?  What's going to give him relief?

Does anyone know of a lotion that does NOT have ANY alcohol in it?  Or coconut oil, since we think he *might* be allergic to it?  And it needs to be a lotion plus oil combo, probably, because oil alone just won't cut it.  I just want relief for my son. Finding the right lotion is a small thing….we've got to get to the root of the issue first.  *sigh*

Here are some pictures from today.  This is NOTHING compared to what it was, but I wanted you to have some idea as to what I'm talking about. 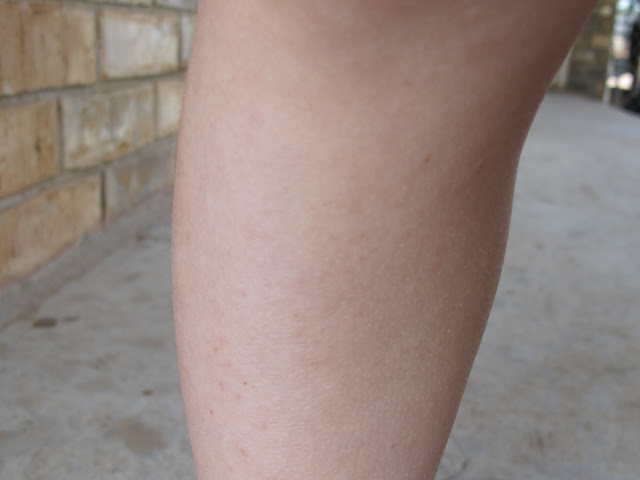 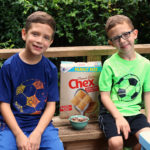 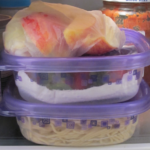