School Anxiety:  What Has Helped Our Family 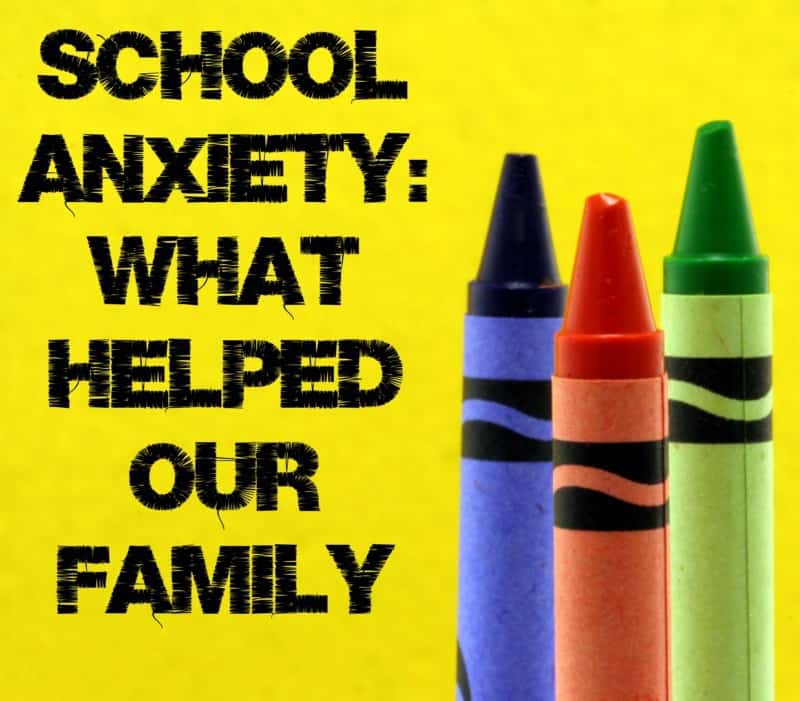 This post contains affiliate links and gifted items, but all opinions are mine and I never recommend products that I don’t believe in and use for our family. Consult a doctor before using any supplements. I am not a doctor and do not offer medical advice.

A few years ago, our oldest started daily pre-k.  Things were great at first, but they got worse.  A lot worse.  He started on a Wednesday and absolutely loved it.  Thursday he cried and said it was because he didn’t like the noisy cafeteria, which they had to go to first thing.  Thursday is also soccer practice day, and the day he gets a little one-on-one from an awesome homeschool teacher, that I’m glad we didn’t have to give up because he loves.  By Friday, he was tired and totally did not want to go to school.  He even mentioned that if I didn’t make him go to school, he would go take a nap….which, he hates napping these days, so I knew it was serious.  I had to pry his hands from the carseat and carry him inside.  By the end of this traumatic experience, he was screaming and crying and I was feeling sadness and guilt.  I wasn’t sure that we had made the right decision, but I said a prayer for him and went home with our then 2 year old.

When I went to pick him up a few hours later, he was smiling and he said he liked school.  The teacher said he had a good day and stopped crying.  He told me that he cried through the cafeteria time and part of recess, but then enjoyed the rest of the day.  It’s so awful to think that your child is crying and you can’t do anything for them.  Friends of mine said it was good for him, that it would prepare him for other life experiences, and he would be fine.  Well, fine he was, but I am not sure that it was necessarily “good” for him, but I guess that’s all dependent on how you look at things.  I know people that have never been left at school, crying and screaming, and they turned out just fine.  🙂  I know quite a few adults who were homeschooled that have adjusted to life quite well, so I don’t really think that all of this is a necessary evil, but it’s just something we have to look at as a family.  It’s a personal parenting decision.

He eventually adjusted and loved pre-k, but it took a long time.  He was extra anxious about going to kindergarten the next year, and with a 3 year old and a baby at home, I just wasn’t up to the struggles again, so we decided to homeschool and it was the right decision.  It was a special time for all of us.  It was hard, YES, but dealing with anxiety is hard, too!

A few years later, there was a repeat performance of school anxiety when our second son went to pre-k.  The first few days were great, but then it wasn’t…again.  Boy #2 had a much harder time for much longer than our first son.  I cried often.  He cried often.  He didn’t really get “better” until November. It was “just” anxiety, but anxiety is rough. Anxiety is REAL.  People were nice, but some really made me mad. No one knew my child like me and my husband do.  No one knows my own anxiety and people who have never had anxiety do not get it at all.  That’s okay, but it also makes it hard.

Our oldest went back to school at the same time for first grade.  He did so well and I was so proud of him!  He did still have anxiety, but he learned coping strategies and thrived.  He made so many new friends and did well in school.

We don’t have all the answers, as we only do what we feel is best for our kids.  We acknowledge their fears and don’t just brush them off saying “oh you’re being dramatic, you will be fine.”

A Few Things That Have Helped The School Anxiety 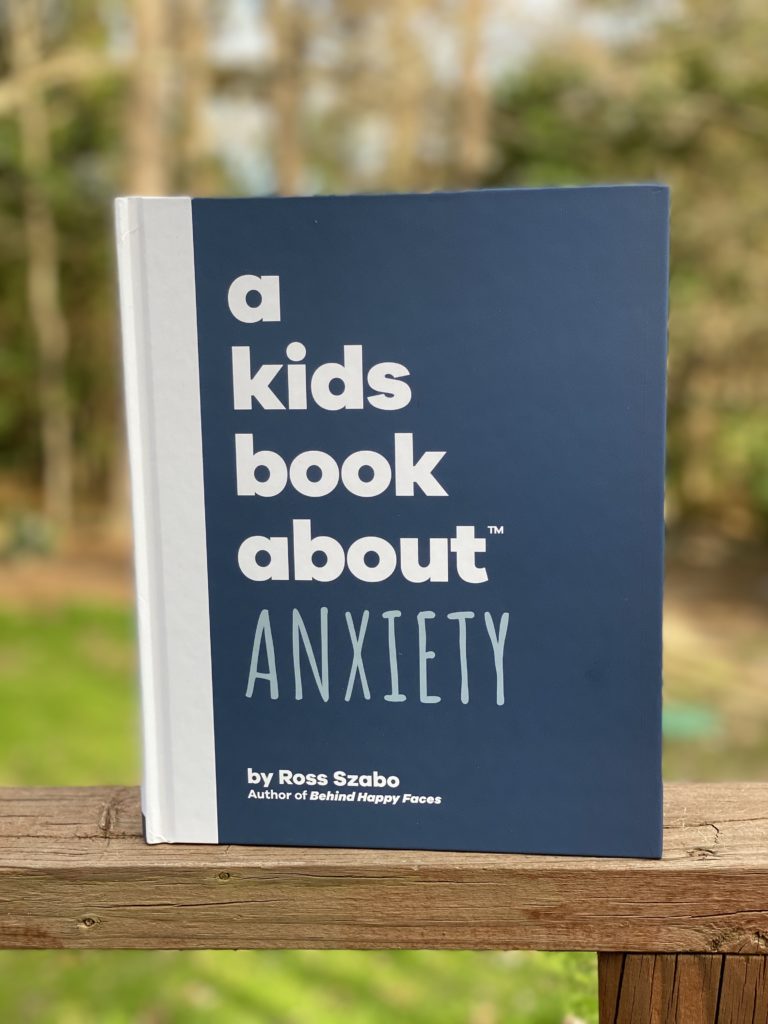 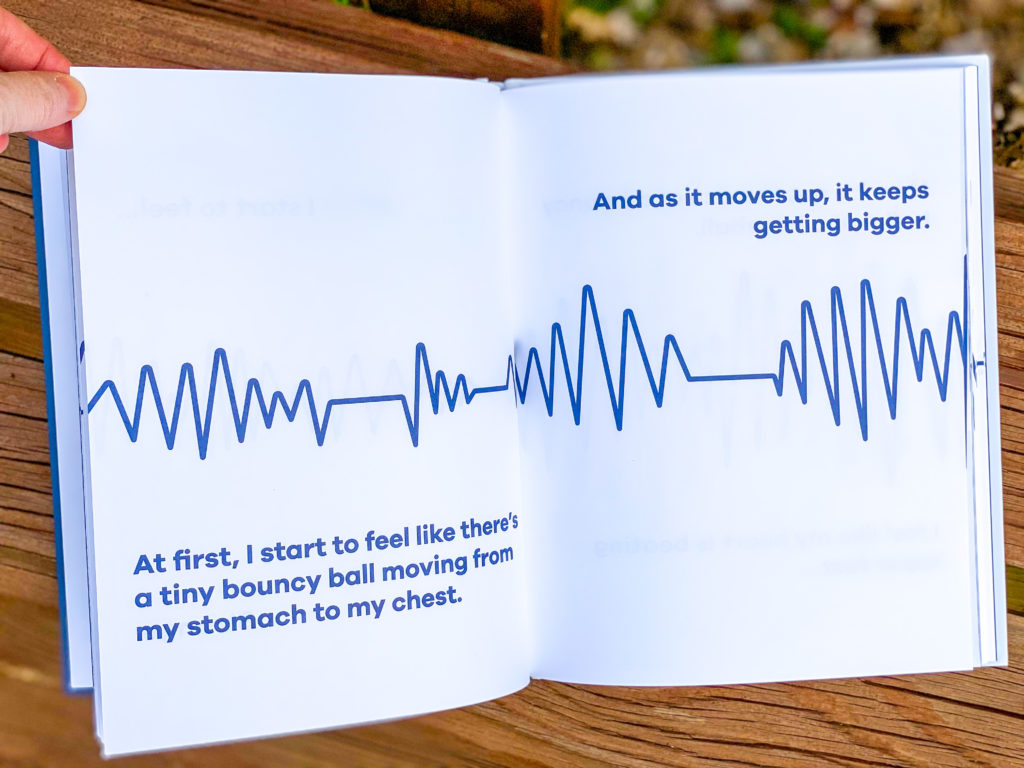 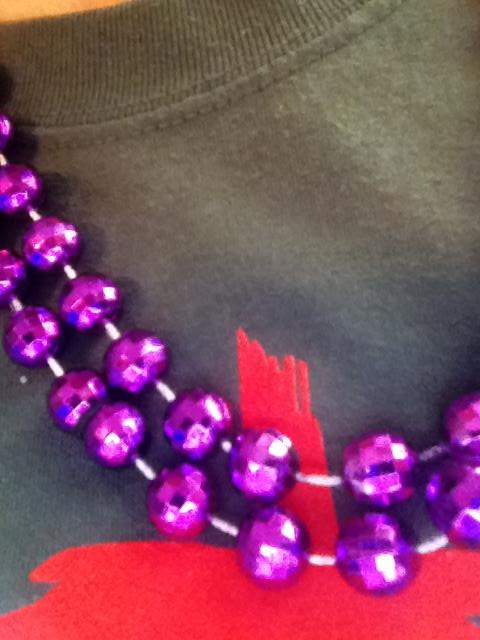 ​All in all, remember that every child is different.  Our kids are probably a bit more emotional and anxious than the average kid, but then again, maybe not.  What is “normal” for your child may not be normal for other kids.  Just go with it and do what’s best for your family.  If they continued to scream and cry about school and showed no signs of improvement, then we would have definitely reevaluated and possibly pulled them out of school.  And that’s not out of the question now, either.  I know the advice of some is “just deal with it” and “this too shall pass,” but they don’t know your kid, only you do.  They’re not in your shoes at the present moment so all they can do is offer advice.  If it doesn’t help, say thanks and shrug it off.  We all try to do what’s best for our kids and it’s not anyone else’s “right” to understand why we do what we do.  This is something that’s hard for me because I care what people think but, as a parent, we just have to put our kids first, trust God, and hope for the best.

All in all, know that anxiety is real.  It is real for babies who are dropped off at daycare for the first time.  It is real for the pre-k students going to “big school.”  It will be real for my 2nd grader who loves school and real for my reluctant kindergartener this year.  It will be real for me when leaving my kids at school for the first time.  Anxiety is real for adults like me who struggle with social situations and public speaking.  It is “Okay to Say” you or your child is suffering from anxiety.  It’s okay to say you, as an adult, may have a mental illness like anxiety that is treatable.

For more information about school anxiety or other forms of anxiety or illness, visit OkayToSay.org.

Good luck with whatever parenting decisions you are having to face right now, if there are any!  You are doing a great job!

[…] and water parks, and to have special days and make special memories.  I am also ready for the school anxiety to go away for a few months because it takes such a toll on all of us.  It is […]

Ease Into Another Semester After the Holidays with New Cereal!

[…] My kids, however, seem to need something more to get them excited about going back to school. Their school anxiety is real, and I honestly do all that I can to get their minds at ease and provide new things to get […]

[…] about joining his older brothers at a brand new to us school, but he, of course, has a lot of anxiety about school.  While I am a firm believer in letting them lead the way in the preschool years […]