0shares
It has been six months since we lost a dear friend and boss, Danny Duggan.  We were working at Cherokee Home For Children in Cherokee, Texas as relief houseparents.  Danny suffered a brain injury while playing basketball alongside his friends, coworkers, kids living at the home, and the visiting Aggies for Christ volunteers.  It was a horrible shock that rocked all of us at the home, and thousands of others who knew and loved Danny.
After Danny died, some of our dear friends sent us a plant in remembrance of him.  Well, that plant has been growing and thriving and finally outgrew the pot it was living in.  Tonight, Captain Fussybuckets and I went outside and transferred the beautiful plant to a new pot.  This was a good opportunity to talk to him about Mr. Danny, so I told him that our friends gave us this plant when he died.  He began asking questions.  I asked him if he remembered Mr. Danny and he said “yes.”  Digging deeper to see if he really remembered, I said “where was Mr. Danny from?” and he immediately said “from Cherokee.”  He most likely doesn’t remember much about Mr. Danny, but Mr. Danny meant so much to him and us, and taught us about unconditional love.  He loved our son and all the kids at children’s home and in the community.  He loved ALL children.  He ALWAYS talked to Fussybuckets when he saw him.  He talked to him like he was an old friend, and our son, who was 14 months old when we moved to Cherokee, responded so well to him.  He loved him.  He always went to him at staff meetings, church, devotionals, everywhere.  He didn’t go to many people, but he always went to Mr. Danny.  That tells me a lot.  Children can see through the phoniness.  They see through to the heart of people, and Captain Fussybuckets saw Mr. Danny’s heart of gold.  He loved him and trusted him, and it makes me very sad to know that Mr. Danny isn’t around for our son to get to know.
As we finished up adding the soil to the pot, we were talking about how Mr. Danny was in Heaven.  Mr. Danny was always a teacher and a servant of Christ and I think he would be happy to know that our son learned more about Heaven and it opened the door to more communication about Heaven because Mr. Danny is living there now.
to learn more about Cherokee Home For Children, the awesome people who live there, and the awesome stuff they’re doing, simply visit their website: http://www.chc4kids.com/ 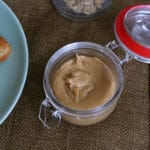 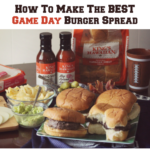 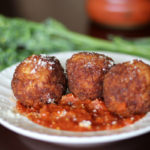