0 shares
Last night Daddy and I had a “date night” while Grandma watched the boys. We went to the American Airlines Center in Dallas (home of the Mavs!!) to see Keith Urban in concert and we had a blast! We didn’t take any camera besides Daddy’s phone, so we didn’t get any good pictures, but the show was amazing!!!
Keith performed old songs that I love, along with new songs that I love. He didn’t sing “Your Everything,” which is one of his older, slow love songs that Daddy and I had played at our wedding. I get it though, you have to phase out the old stuff and you can’t have too many slow songs, but that was a bummer. BUT he has plenty of newer slow songs that are amazing, like “Without You” and “Making Memories of Us.” And, of course, there were many fast songs, such as Captain Fussybuckets’ favorite which he calls “The Guitar Song,” but is really called “Put You In A Song.” (here is CF “playing” the guitar song:)
Okay, back to the concert. Keith seems SO down to earth still, after all of his fame. He interacted with the fans and walked through a swarming crowd a few times to get to different places on the floor so he could interact with more than just the front row. Towards the end of the concert, he walked back to a little platform in the back, which was RIGHT below us. He played a song and then…he gave his guitar to a sweet little younger teenager. She was thrilled beyond belief. He clearly had hand selected her. I wonder if maybe she was singing all of the words to his song so he KNEW she was a true fan. I watched him reach down and grab her hands and put them on the guitar, so she and everyone else would know he meant to give it to her. ahhhh…it was so sweet. I’m sure that was the highlight of her year!
What else? I could go on and on and on…but here are a few other things about the night:
1. The fad for girls going to concerts in 105 degree weather (outside, the AAC does have AC…) is a baby doll dress and big cowboy boots. Literally over half of the crowd was wearing this outfit.
2. Older people love Keith, too. I promise I saw a couple of 80 year old women!
3. Keith genuinely thanked the crowd for coming out. He said that he knows a lot of people are going through very hard times and uncertainty, but whatever it took for them to come to the show, he was extremely grateful. I don’t know how many famous people would even think to say that.
4. Keith came out for his encore wearing a Mavs jersey and sang “We Are The Champions.” Oh yeah.
5. Concerts are louder than they used to be (yes, this statement makes me old,) even 5 years ago when we saw Keith last.
6. They added some video clips to the show since we saw him last and that is just awesome!!
7. There are a TON of people working behind the scenes. A.TON.
And can I just say that while I don’t know that it’s true because I don’t know the man personally, but I think his wife Nicole and two little girls have softened his heart. He’s always been sincere and sweet to me, but I dunno, it’s much different. It’s clear to me that something has changed since we saw him 5 years ago, and I think that’s it.
Way to go, Keith, you’re awesome. 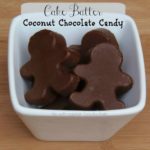 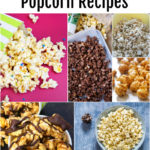 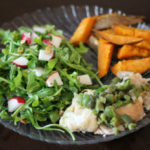