This is a sponsored post written by me on behalf of Disney Junior.  DIY Disney FRiYAY Party! 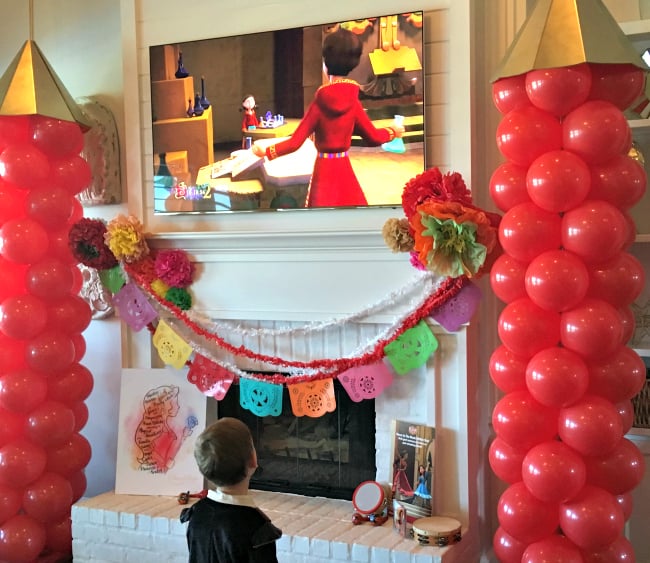 Being the mother of three boys, we haven’t attended many Disney princess parties.  I am here to tell you, though, that all three of my boys and I LOVE to watch Disney Junior shows together.  Some of our favorites have pretty awesome princesses in them.  Our favorite Disney Junior shows are Elena of Avalor, Sofia The First, and Tangled: The Series.  We also love the other Disney Junior shows like Mickey and the Roadster Racers and Puppy Dog Pals, but there has really never been a Disney
Junior show that we don’t all enjoy.  As a parent, I love that each show has a good message and is good, wholesome fun for kids to watch.  As a Disney fan, I love these shows, too!  And if you watch, there are always strong male characters that the boys can look up to. 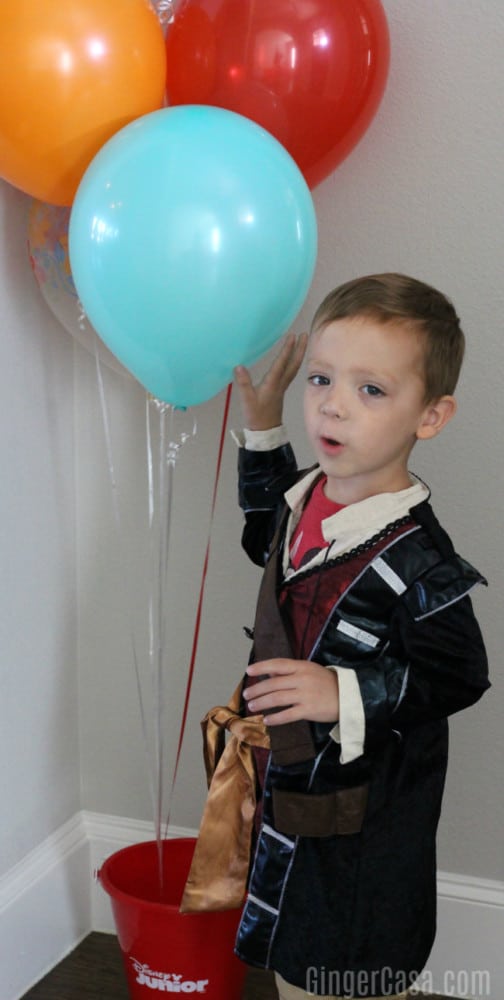 The three year old and I recently were lucky enough to be able to attend a Disney Junior FRiYAY party.  The party focused on two of our favorite Disney Junior princesses, Sofia the First and Elena of Avalor.  We decided a Mickey Mouse shirt with a pirate costume over it would be best to wear, because of the Elena of Avalor theme.  His 8 year old brother agreed that it was a good costume and he could
pretend to be “Mateo” from Elena of Avalor.  Once it got too hot (hello, Texas!), the costume came off and he was happy to sport Mickey Mouse.  He was the only little guy there, but he rocked it! 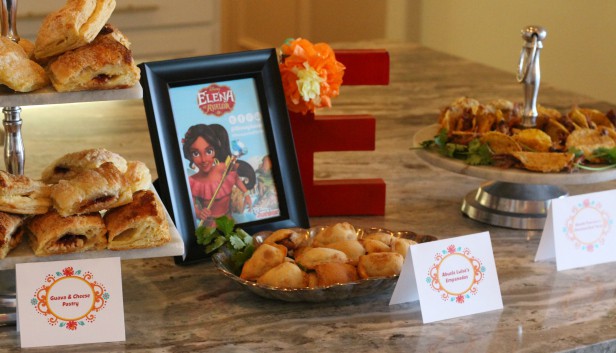 Oh and then there was FOOD!  It really is amazing how much a show can inspire creative decor, crafts, and food ideas!  Some of the items prepared were recipes influencers had made with the Elena of Avalor theme.  They were all so delicious!  There was Guava & Cheese Pastry, Abuela Luisa’s Empanadas, and Abuelo Francisco’s Shredded Beef Tacos.  There was also a delicious Churro Bar, which is a fantastic idea! 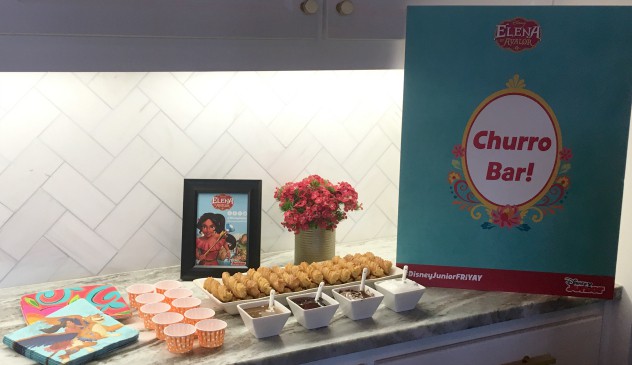 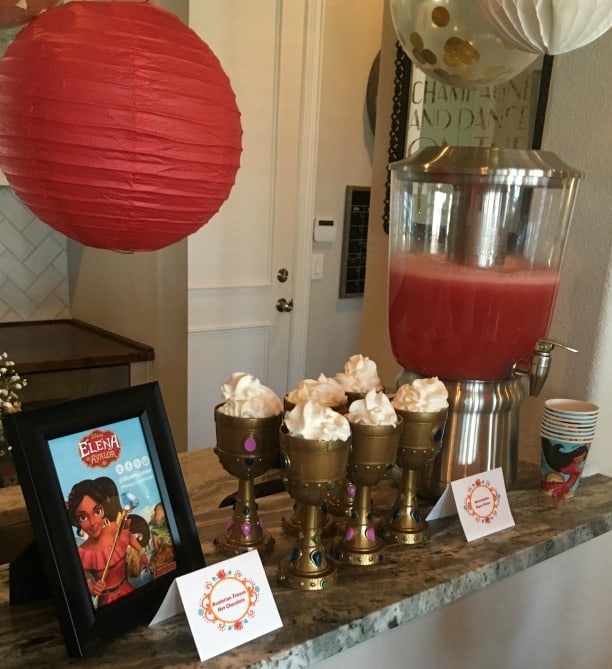 The Avalorian Frozen Hot Chocolate and Watermelon Agua Fresca were cold and refreshing on a hot day! 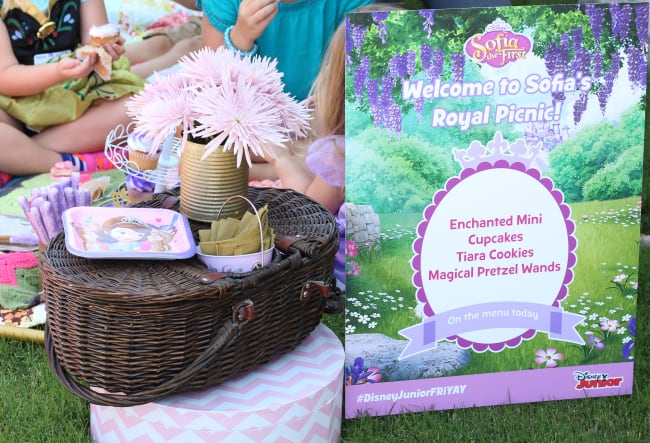 Next up, Clover’s Scavenger Hunt! 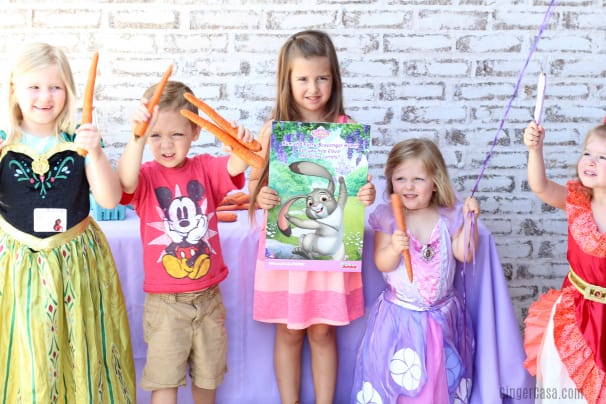 There are, of course, so many different fun craft ideas if you want to throw a Disney Junior party.  The kids colored, decorated their own maracas with washi tape and crystals, and Z loved making his own maraca for the Elena dance party!! 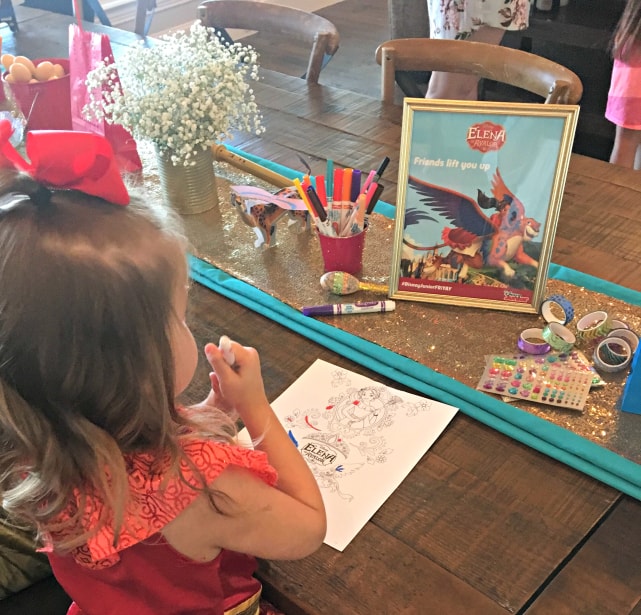 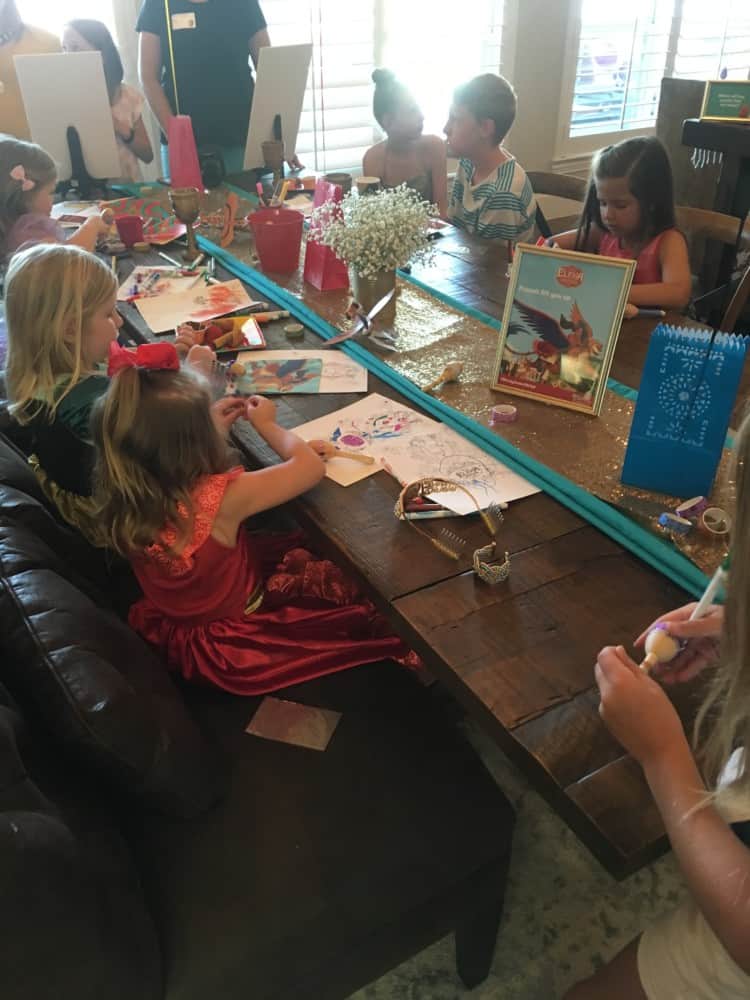 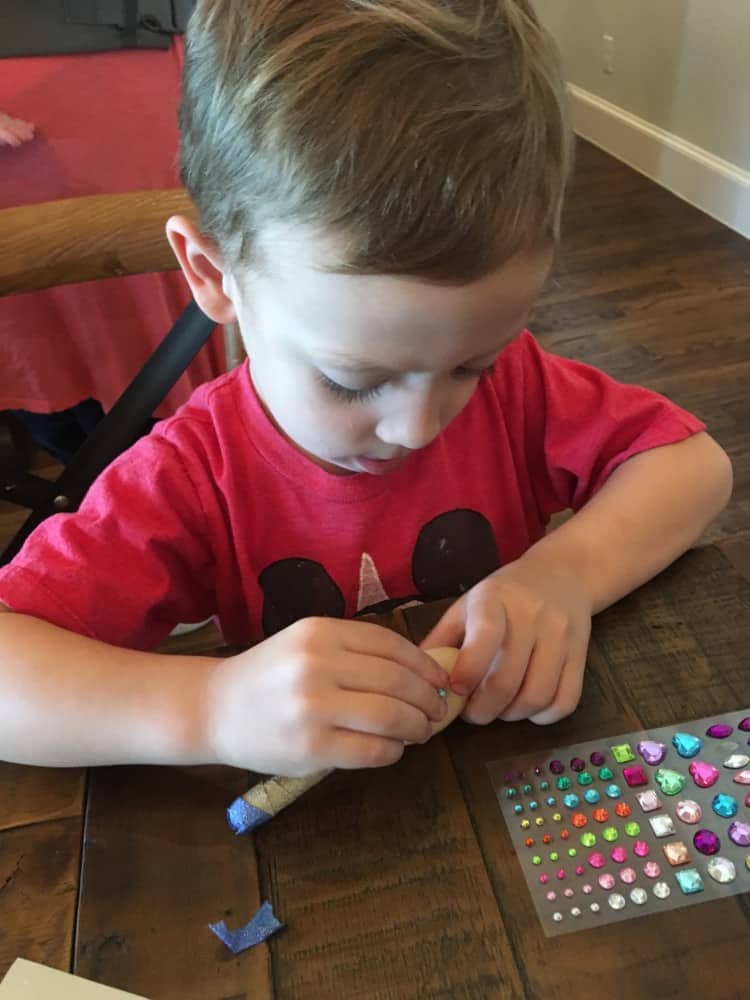 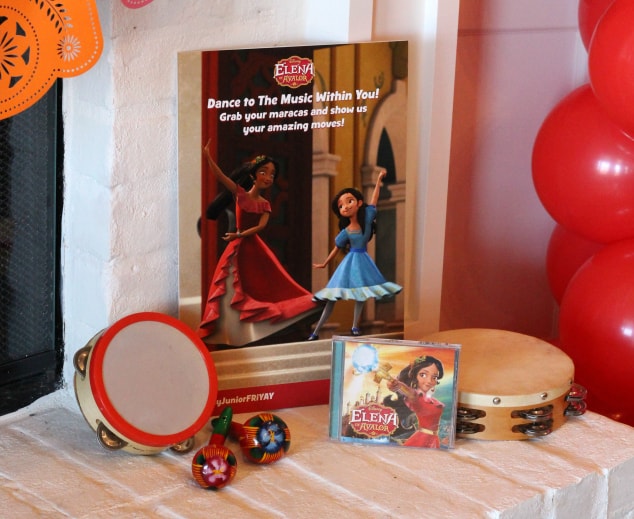 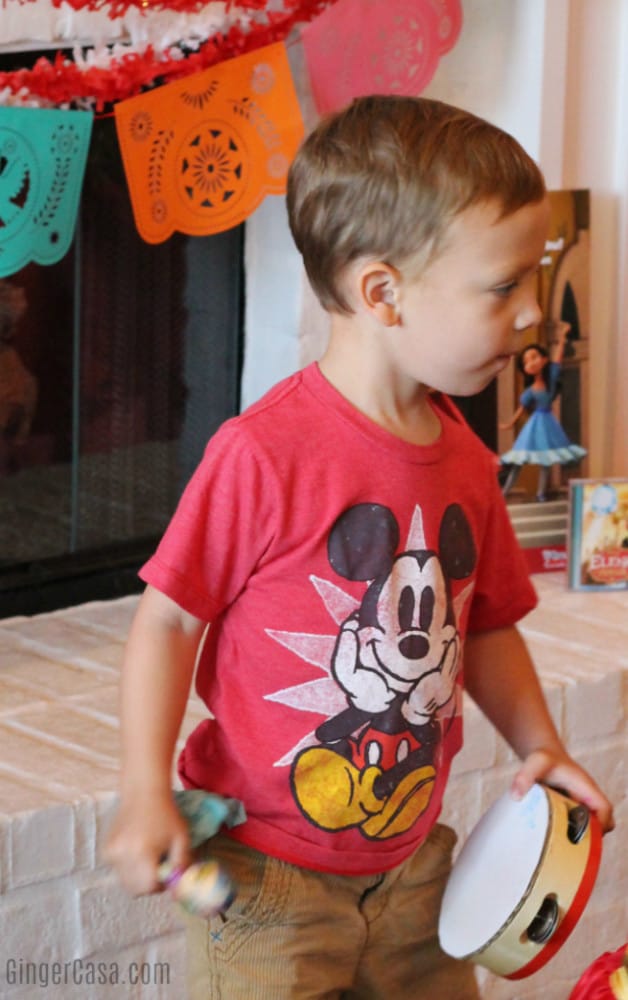 And the best part of the whole party, according to Z, except for seeing his friend Reese, was getting his own candy amulet.  Once the kids found out they were made of candy, they were gone! 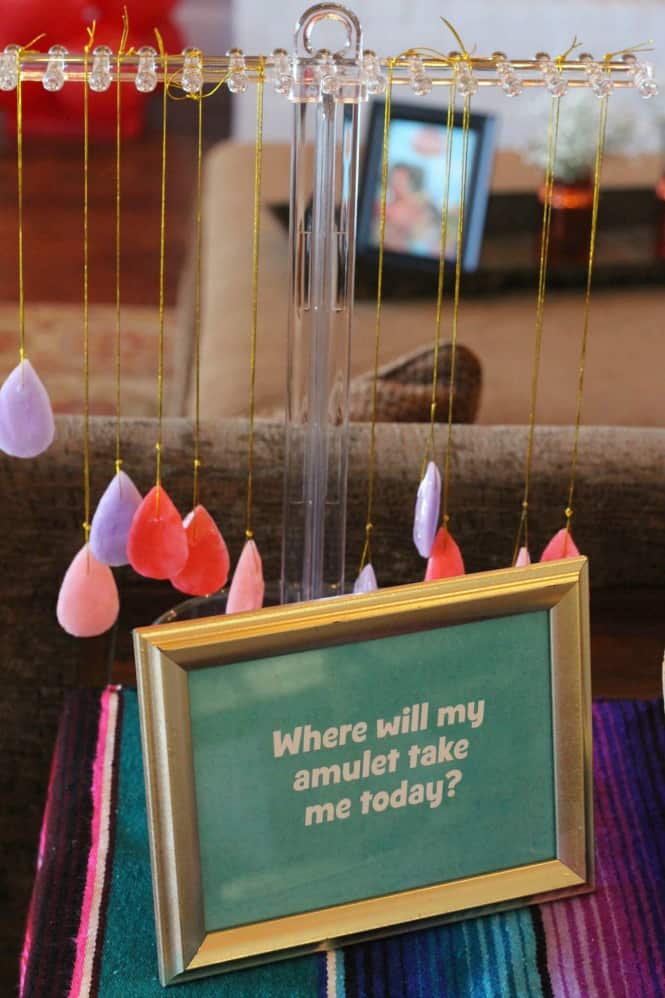 We both LOVED the party because the sights and sounds were familiar to the Disney Junior shows we have been watching on FRiYAY!  If you’re not familiar with Disney Junior FRiYAY, it is when they premiere all new episodes on the Disney Channel.  These days are SO EXCITING for our family because we get to sit down and watch together and enjoy the latest offerings from our favorite channel and characters!

What is your favorite Disney Junior show?

This is a sponsored post written by me on behalf of Disney Junior. 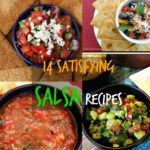 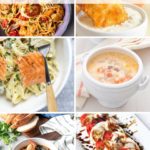 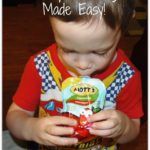