Oh, age four.  What a fun age!  The Captain is four and a half now and his imagination is running wild every single day.  It actually started long before age four, but he is more imaginative now than ever before.  Every morning he wakes up and goes directly to his room (because he sleeps on our floor half the night, remember…yes, still….) and picks out a "costume."  He finally realized that we can't go out and buy a costume for everything he wants, nor can I sew a costume every time he wants one.  He's learned to make do with what he has, and I must say, I have been impressed with some of the stuff he comes up with!

Who wants to be a Superhero Knight Firefighter? 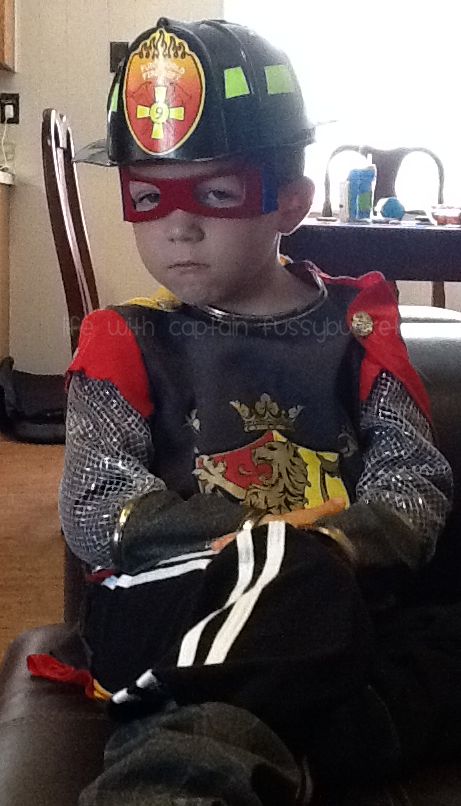 Or what about "Space Boy?"  I don't remember what exactly prompted this costume, but he wanted an astronaut costume and I gave him a few boxes and scissors and told him that he would have to work on that one himself.  I did offer some cutting help, but the rest is all his idea.  Pretty good because it satisfied him and he was proud of his costume! 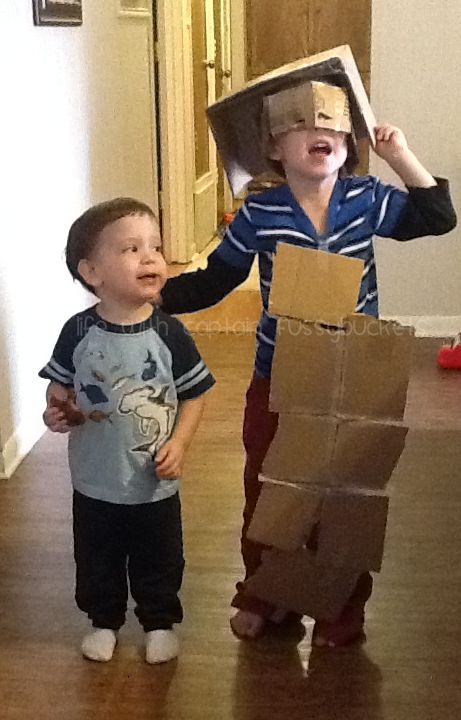 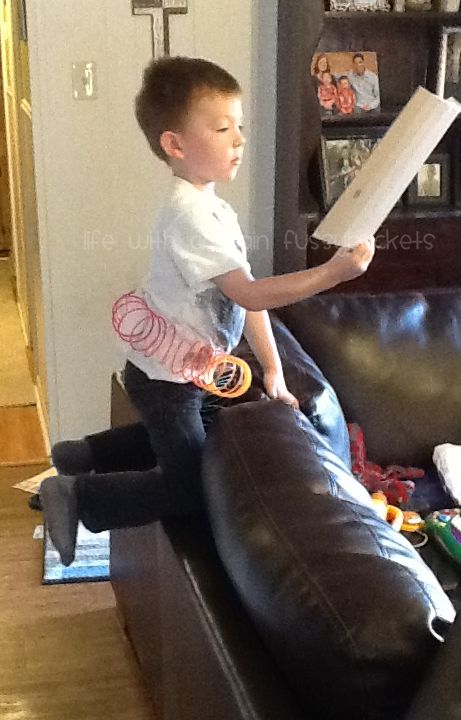 He read about Hawkman, the superhero, in a book and had to become him.  Those are his hawk wings, of course! 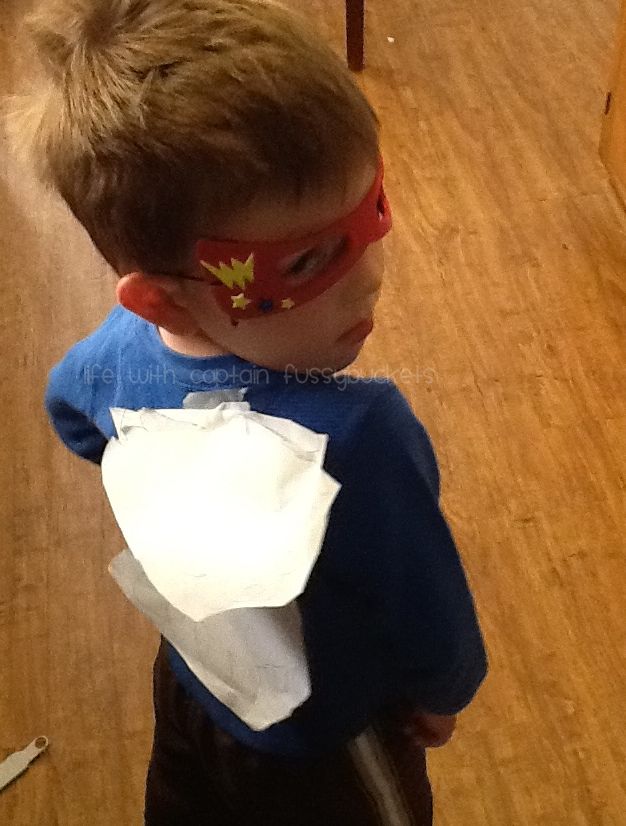 I'm sure you can tell that this is a police officer, protecting our backyard from bad guys.  He's got his police badge, wallet, walkie talkie, and gun.  Yes, that stick is a gun, all under a belt that's incredibly too tight. 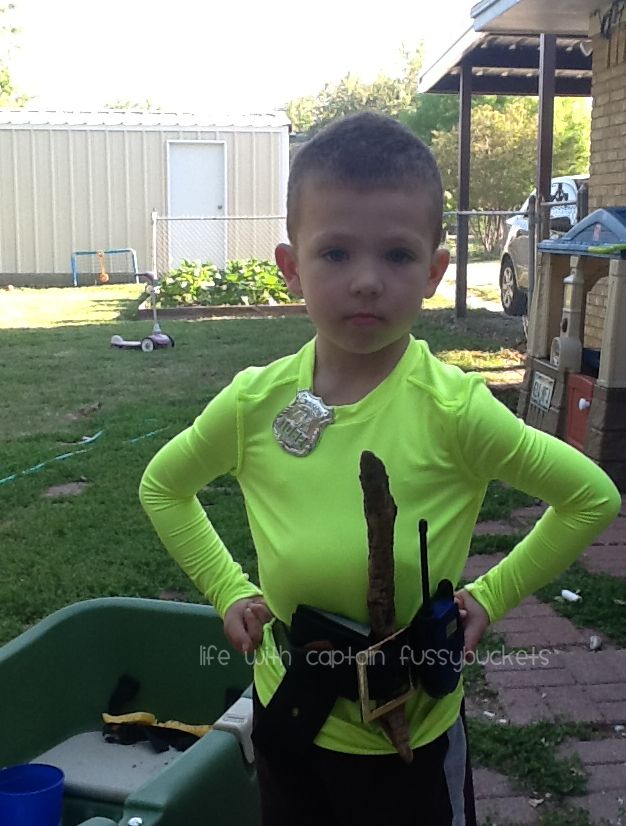 This is the latest character.  The Captain saw an episode of "The Wild Kratts" on PBS yesterday, for the first time.  It's a show about two adult brothers who rescue animals and teach about science and the world around us.  Half of us is a cartoon, and the Captain loves this show!  Here he is in his Wild Kratts costume… which he wore outside… in the heat of Texas… but he didn't care because he was a WILD KRATT! 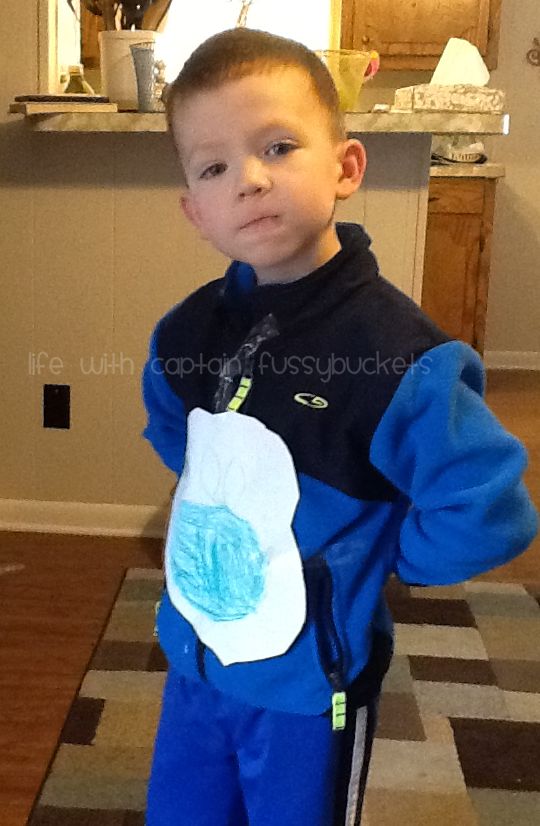 This kid certainly makes every day an adventure for all of us.  And lucky for him, his little brother D is more than willing to accompany him in all of his adventures!

Too cute! That's great he has come up with his own costume. The Girl likes to dress up herself, but usually princesses and such.

How cute! My son loves to dress up as Spiderman!

Three was awful!  haha!  Four is better, but comes with it's own challenges.  It's fun for sure!